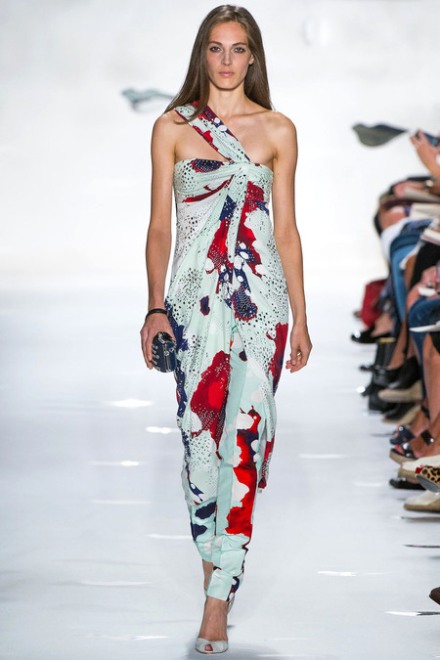 With this collection, DVF brought the local fashions of Mumbai and New Delhi to the American fashion scene. The abundance of looks featuring long tunics and dresses paired with slim fitting trousers outnumber von Furstenberg’s signature piece, the wrap dress. Always known for her body-friendly pieces, the looks are pulled together with waist cinching metallic belts that create an hourglass figure. 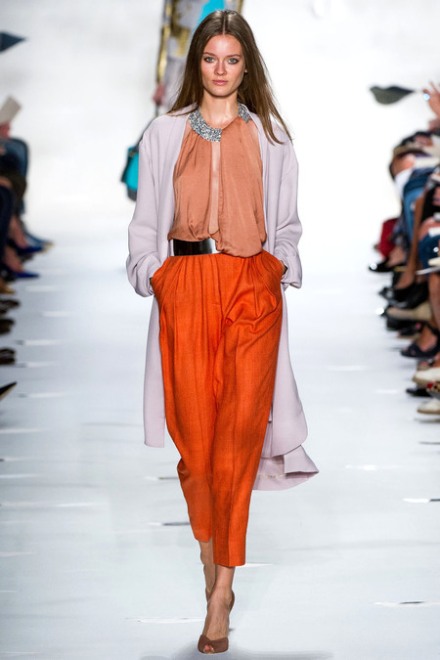 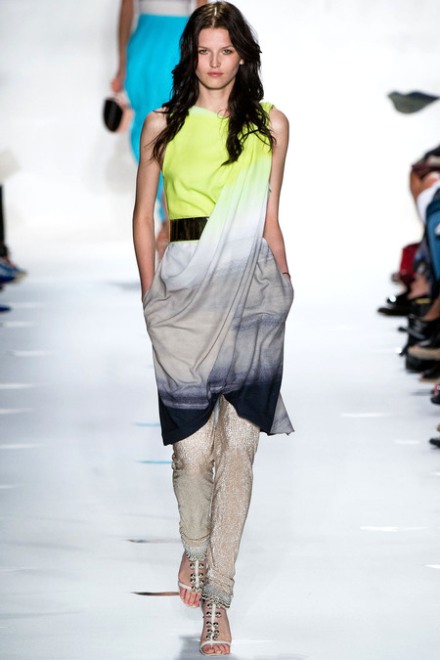 Keeping up with today’s ever-changing technological environment, the designer partnered with Google to debut their new Glass technology. The glasses that were worn by some of the models, and von Furstenberg herself, recorded behind-the-scenes footage that is featured in a short film about the show.

The combination of plunging necklines, bright color blocking and bold accessories exudes confidence, and is made for the self-assured, modern woman.  DVF effortlessly updates statement retro pieces and delivers a fantastic collection.

All photos courtesy of Style.com